New at the Festival: 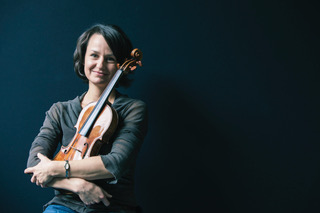 Among the radio stations, which have broadcast Réka Szilvays performances are the BBC, Radio France, Arte TV France, the Austrian ORF, the Finnish YLE and the Hungarian MRT. Her debut CD “The 7 Seasons” (Warner Records) received enthusiastic reviews and response, and her recital record “The Roaring Twenties” (Alba Records) was similarly praised by the international media.

Since 2006 Réka Szilvay has been Professor of Violin at the Sibelius Academy/University of the Arts Helsinki. Apart from giving violin master classes, she engages in the important issue of ergonomy in violin playing in workshops and demonstrations